The sales process, albeit its own animal, shares certain similarities with the monster that is March Madness.  From prospecting, qualifying, taking the big shot, closing, assessing the opportunity to win, and much more, selling and sport's greatest tournament are linked in more ways than meets the human eye. 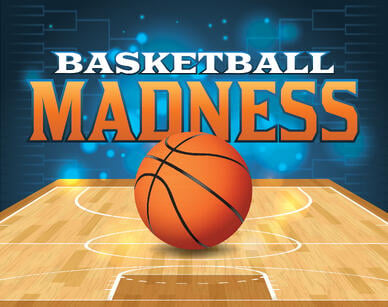 This might be the biggest stretch ever in the history of my blog. How can I possibly tie the NCAA Basketball Tournament (also known as March Madness) to selling? Honestly, I’m not sure…so I will be making this up as I go. Let me begin by setting the stage for selling and how I see it is similar to the event of March Madness.

And as Paul Harvey used to say, “And now… the rest of the story.”

Think about some of the outcomes of the presentations you’ve made where you were the top seed, or where you were the one in the game with all the right things in place to help you win the business. You have the talent, bench strength, great coaching, and preparation in place.  You have presented to the prospect what you said you would present but then… in the final seconds… someone throws up a “buzzer beater” and there goes your sale.

And just like in the ball game, it’s easy to point to the last play in the game that seals the upset – RJ Hunter’s 3 pointer with less than 2 seconds left to win the game for Georgia State comes to mind:

But, when the losing coaches review the game tape with their team, they point out to their players that there were several opportunities that, if the team had performed better ordifferently, the outcome would not have come down to the last shot.

The same is true in selling. It hardly ever comes down to the last shot when determining if you will win or lose the game:

As the sales manager/sales executive, it is your responsibility to:

Once you do your job, and you do your best to make sure they are doing their job, then get them on the court and see where the ball bounces.

Sales Management Environment – Building the structure to improve your chances for winning.

Sales Talent Acquisition Routine – Hire Better Sales People - get the right people to come to your team to play and WIN against the opponents in your market.

Goal Setting and Business Plan Development – Build a foundation so that your team has the required internal motivation to win in all market conditions.