What Great Salespeople Do Not Do

I know you have heard it before.  You know, the line that goes like this “if you keep doing what you have always done, you will keep getting what you have always gotten.”  As a coach, the most development I have seen in salespeople comes when they alone decide enough is enough which leads them to make changes.  And sometimes those changes are hard to make.

While there are many aspects that I love about my job, here are three in no particular order:

As a salesperson, what are you doing that you should stop doing?  Who knows, you might be just one bad habit away from sales greatness. 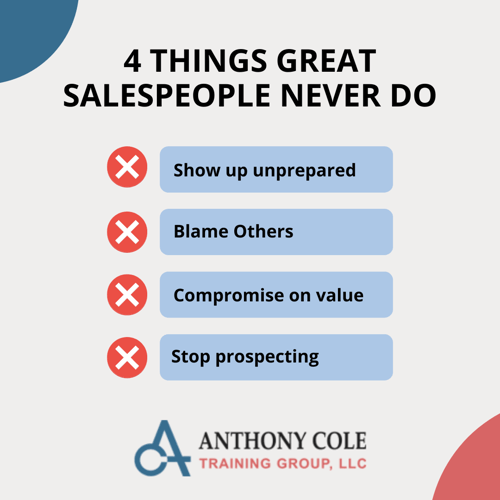