I doubt that you, in public, have a group of producers that you call ‘old farts’ or some other term of endearment.  But what I really wonder is this; Do you have a group that you consider ‘Sales Legends’.  My guess is that the answer is no.  There are reasons for this. 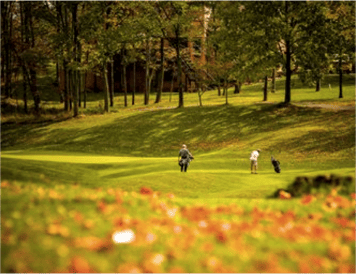 Before I provide suggestions for a solution, let me explain the title:  I recently played in a member guest golf tournament at Triple Crown Country Club with my good friend Jerry Barron.  I’ve known for a long time that since his retirement Jerry plays a lot of golf with his buddies on a regular schedule throughout the golf season. What I didn’t know is that for many years this group was known as the “Old Farts’ gang.  some people thought that this was a bit insensitive so the pro decided that the group would become known as “The Legends”.

This got me thinking about many of the sales teams we work with and the problems associated with growing revenue when a segment of the sales population isn’t motivated to or can’t grow their book.

The problem associated with the ‘old fart’ team really isn’t about age but rather about three very distinct phases in a sales person’s career.  These phases include but are not limited to those that have been with you a long time and are survivors. Those that do manage a large book of revenue and spend a great deal of time ‘managing the book’ and either cannot or will not grow the book.  And you have some people that really are ready to retire but haven’t told anyone yet. Let me clarify these 3:

Case Study:  Why Retiring on the job is a problem for sales companies.  An insurance agency had a group of mature producers who controlled a revenue block of 5,000,000 dollars in revenue.  The holding company of this agency set a growth goal for this market as well as other markets around the country at 20% gross growth per year  (The company made assumptions of 5% unknown losses in revenue and 10% known loses – non-recurring revenue streams.)  This group of mature producers had stopped producing new business and had no motivation to do so.  That meant that the 1,000,000 dollars of growth on the 5,000,000 dollars had to be produced by the rest of the group who struggled to grow their own book!).

Let’s look at some outside-the-box ideas to build a plan to have a team of legends who leaves a legacy of desire and commitment to excellence and a team of rookies who has the right stuff to grow your sales.

Do This 1 Thing: Eliminate sales goals for them and in exchange, change their comp model to one that is appropriate for managing accounts plus an incentive.

This is something that institutions and agencies have attempted to do for years but have failed.  (See data and resources below.)

I recognize the fatal flaw in these steps:  Your high producer might be tempted to take an offer from a competitor that is poaching top talent by offering attractive financial packages to lure them.  The questions you have to ask are:

Extra Help – From – Giving Top Performers Feedback – A Key to Keeping That Talent With YOU!