Why is It So #%&@ Hard to Solve the Sales Growth Problem? – The 5 Constraints to Growing Sales – Part III 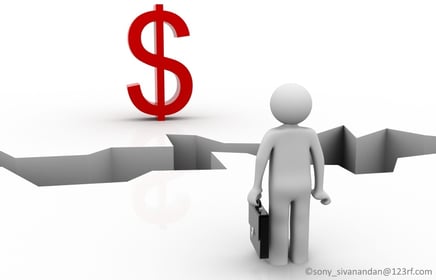 In my series (see previous posts) regarding the constraints to growing sales, the two remaining topics are:

THE POWER OF THE “RIGHT” MOTIVATION

Ineffective motivation of the sales team is not uncommon and it is the subject of one of the more frequent questions people ask me: “Tony, how do I keep my sales people motivated?”  My first response is normally a question in return:  “Do you know what motivates your people?”  The most common answer: “Well, uh, yeah, I think so.”  I cannot help myself when I ask, “Do you know or do you think you know?”  Their most common answer: “I think I know.”

With that in mind, how do you possibly motivate people when you just think you know what motivates them?

What we know about motivating salespeople is that it has changed over the years.  When we first started evaluating sales teams using the #1 Sales Evaluation Assessment – Objective Management Group Sales Evaluation and Impact Analysis – the findings told us that people were externally motivated.  Motivation was money and the things money can provide.  Today, however, we see a different set of results (Read this HBR article on motivating salespeople).

I was 9 years old when I walked off the football field the very first time.  I had just finished practice and my dad was waiting on the sideline for me.  He asked me what I thought and I told him I loved it.  “Someday I’m going to go to college to play football.”  Dad asked me if I was sure and I said “yes.”  He then told me, “College football players are in great shape so, if you are going to play college football, you’ll have to be in great shape. Take off your helmet and shoulder pads and start running some laps.”  I followed his advice and I ran laps every night after practice to get in shape to play college football.  In February of 1973, I signed my letter of intent to go to the University of Connecticut to play football.

My dad - my manager - knew my goal and used that occasionally to keep me on track.  Occasionally, when I would fall off the training wagon, he would ask me if I still planned on playing college football.  I would always answer, “Sure!”  He would then say, “Well, I wasn’t sure. I haven’t seen you run or lift weights in a while.”  That’s all he needed to say.  Off I went.

When you know what motivates your people, you can then have the appropriate discussions to keep them on track.

“Just enough is good enough.” THIS MINDSET DRIVES ME CRAZY!  How do you know that this is your culture?

I understand how this happens. There is so much pressure to just hit the numbers that, at the end of the day, it really doesn’t matter how you hit the numbers; you just have to hit them.  But what are the long-term consequences of this sales environment?

SETTING THE BAR FOR SUCCESS

I will continue to explore and discuss these constraints to consistent and predictable sales growth.

Get a FREE TRIAL of the #1 Sales Candidate Assessment