Do You Have Sales Growth Problems?  Solution #1: Coach the team you have.

In a remarkable show of grit, the University of Alabama clawed back from a 20-point deficit against the University of Minnesota, though they eventually lost by 5. Most of you are probably thinking 1 of 2 things:

It’s relevant because of a detail you wouldn’t know about unless you watch college basketball or follow sports shows regularly. For those totally out of the loop, in basketball each team has on the court at any one time 5 players. Due to an injury, a player fouling out and several players being ejected from the game Alabama played the last 10+ minutes of the game with just three players on the court!

Avery Johnson, the head basketball coach for Alabama, was asked to explain how he believed his three guys managed to pull off the most amazing loss in NCAA history. His response was that they practice a lot of defensive 5 on 3 basketball. There is no reason to go into the details of that here other than these two important things:

How is that any different than sales? The short answer is that it is not. So why doesn’t it – coaching the team that you have - happen?

Our assessment and research of dozens of companies with dozens of sales managers tell us that less than 10% of sales managers have the appropriate coaching skill set.  As you can see from this Sales Effectiveness and Improvement Analysis snapshot of this sales organization the sales managers who are employed there have 44% of the required skills and are 59% effective when coaching. 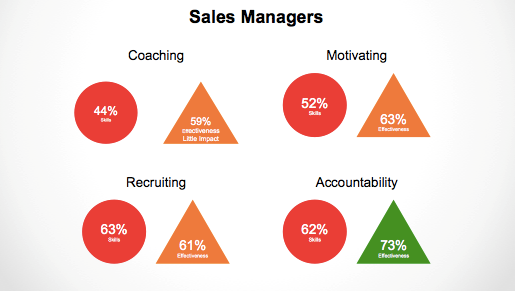 Here are a couple of ideas worthy of consideration and implementation:

In a 1,000 word blog we cannot solve all the sales problems outlined in the beginning but tackling coaching is a great start. For another step in that direction take action NOW. For a free sample of the Sales Effectiveness and Improvement Analysis click the botton below.

What to Stop, Start and Keep Doing to Drive Sales Growth (Part 1 of 3) 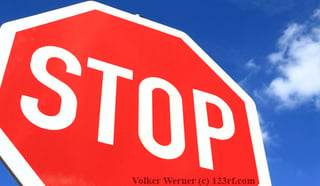 What to STOP Doing:

You can stop worrying if you do the things you should be doing as a sales executive/sales manager. Understand that “doing” doesn’t always mean “start doing”. It does mean that you should stop doing certain things. Bob Newhart in this YouTube video clip coaches this concept very well. Start the start doing by watching this video. Go ahead… I’ll wait…

Stop Recruiting the Wrong People: You know what they look like, act like and sound like. You see it in the current team you have today. Take a look at performance records, daily activity, improvement in skill and you know which people you have that are/were hiring mistakes.

Stop Collecting Data: You are probably collecting data and one of two (maybe three) things is happening: 1) You are doing nothing with the data. In other words, you aren’t taking the time to derive business intelligence from the information. 2) You are only collecting lagging indicator information – pipeline and sales. Neither accurately predicts the future success of an individual performer or the team as a whole. 3) Your coaching from the information is ineffective. Telling someone they need to make more calls, see more people or increase their average size sale isn’t coaching. It’s reporting the weather.

Stop Assuming You are Hiring Nothing but Skilled/Experienced Sales People that Can Get the Job Done: Yes, they might have the experience and they might have a track record. Remember this: sales people are like mutual fund investing – past results are no guarantee of future results. AND even the best require some level of performance management and coaching.

Stop Thinking that “Coaching the Deal” is the Same as Effective Coaching: I come from an athletic background. I played and coached football from the age of 9 to 22. I can probably figure out all the competitive games I played, but I cannot count the number of practices and time outs. Practice is where you coach to improve skill and change behavior. Time outs are for coaching in the moment – to help move a deal or close the deal. They are not the same – don’t treat them that way!

Stop Making and Accepting Excuses: Excuses are the answers to the performance questions of why or how come. When you are attempting to find out from a sales person why the results are not as planned, an excuse maker will blame you, the company, the economy, the pricing, the competition or the dog that used to eat their homework. Stop lowering the bar of acceptable behavior and stop accepting excuses. ALSO stop taking bullets for those that are not performing. Simply admit that you are not developing, coaching, or motivating them appropriately. Or admit that you made a hiring mistake.

Stop Setting Goals from the Top Down: It is not motivational; it doesn’t create ownership and it actually sets up a discussion somewhere over the next 12 months that sounds like – “It wasn’t my goal to begin with” or “I never agreed to that goal.”

Stop Conducting Sales Meetings that People Miss or Want to Miss: Sales meetings should be about selling. Effective sales meetings have 3 rules: 1) Make it a meeting that no one ever misses or finds reasons to miss, show up late or leave early. 2) Focus on nothing but sales –such as ops meetings or emails for ops and administrative issues. 3) Provide  ideas or information that they can leave the meeting with and use RIGHT NOW to drive more sales.

Stop Accepting Mediocre Performance: How do I know you do this? I know this because you probably have a performance chart that looks like a bell curve. You have 3 to 4 standard deviations from the median consisting of people that are underperforming. Your sales results probably resemble the 80/20 rule. But that isn’t unusual. As a matter of fact, it would be expected. You have people on your team that are close to retirement, so their goals may not be as high as middle career sales people. You have new hires that are to the left of the bell curve. But, my guess is that you have others populating the middle of the bell that are simply failing and continue to fail because you let them.

Come back to see the next step – START DOING!