I assure you that the military academies are all about performance management.  IF it moves, it gets measured. 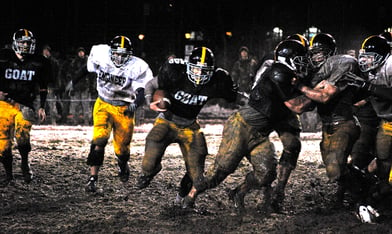 Ralph Pim and I were watching a competitive sports team practice one day at West Point.  Ralph was a professor and Director of Competitive Sports teams at the United States Military Academy at West Point at the time.  He was telling me about the coach that was responsible for the company’s competitive football program.  He told me that this individual was retired Army and the Academy hired him back to run the program as well as other duties.  I asked him, “Why would he retire and then get hired back?”  I will do my best to explain what Ralph told me.

My question is this: why wouldn’t this work in corporate America?  More specifically, how could you, as a director of sales, make this work in your organization?  How could this become part of your motivation and “upgrading” strategy?  You would need to outline your system and then plug your “sales soldiers” into the system to see how it plays out, but let’s give it a shot.

Ranking:  Let’s assume you could have ranks that look something like this top to bottom:

Depending on the business you are in, you could substitute the word consultant, broker or agent for the word “advisor”.

Criteria:  You would need to establish criteria to enter the sales team at a certain level (assuming you are recruiting people) and to be promoted from one level to the next.

Process:  You would need a process to acquire the appropriate data and information to make any kind of objective and reasonable determination for promotion.

I’m confident that you can think of additional ops and procedures that would need to go into this process.  Establishing the process is secondary to determining if your current system and process for upgrading your sales team and promoting people (giving them new titles vs earning new titles or ranks) is actually accomplishing what it should accomplish:  Motivating your sales team to perform at or exceed expected and required levels of performance.

Too often, I’ve been part of discussions about the lack of performance of very senior people and new hires.  Too often, I’ve heard excuses about them being protected classes, managing big books of business or have only been with the firm for a year.  I get it.  Making decisions that impact people’s lives and the lives of their family is important and serious work.  And because it’s serious work, a company should have a serious approach to upgrading the team.  The company should have a serious communication process that lets everyone know exactly what the rules are and what it takes to get promoted with the team, what it takes to stay on the team and what happens when there is failure to execute as expected.

Imagine for minute the following scenario:

With this type of structure/system, you would have a career path method that is clear and objectively determined.  This will help the right people continue to be motivated to perform as expected when you hired them.  It will give you a better method to determine what to do with those that “have retired on the job.”

You may not want to position this as a “military style” of managing, as that may not be consistent with your style or your company culture.  But performance management is the fundamental contributing factor for having a team built for sales growth.

Setting Standards – Video – What if you gave your best!

National Webinar Series for Sales Management – to inquire how you can participate call 513.791.3458 and ask for Jeni Wehrmeyer or email: jeni@anthonycoletraining.com. Subject line: Participate in National Webinars