Is Your Sales Team HUNTING or Hunting?

When I was a youngster, I used to go hunting with my dad and my older brother, Ray.  I never hunted with my younger brother, Michael, until just a few years ago.  But Ray, Dad and I spent many weekday evenings and weekends in the woods. We were doing two things:

Everything I just listed (and yes, Ray, I’m sure I missed something…) would be defined as HUNTING.  Even if it appears that sometimes it is waiting and not actually hunting, I assure you it is all hunting.

Then... there is the hunting I’ve done the past week:

This is hunting in my world today.  Notice the differences?

Brian and I went out last week when the weather was rather warm.  It was too warm to expect a good hunt, really.  I knew that.  He knew that.  But I told him I was going out anyway.  On the way to the stand, we talked about the weather and I made the comment, “It might be too hot, but I certainly won’t even get a chance to shoot a deer unless I go into the woods.” 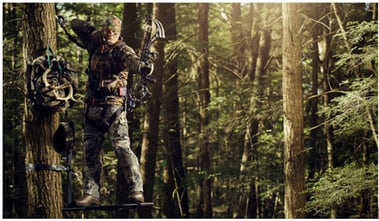 Find out if you have hunters, account managers or farmers – Assess the ability of your current team to grow sales.