Stop Accepting "Think It Over (TIO)" 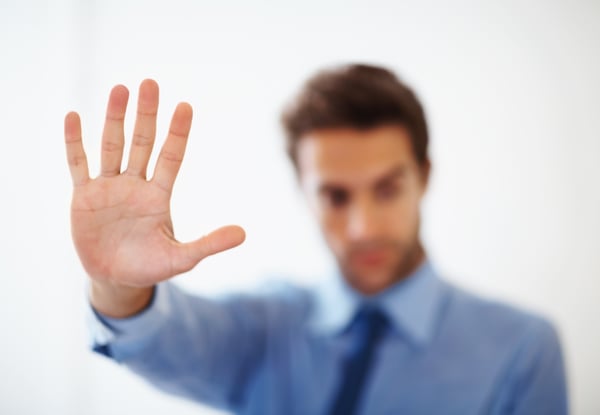 Facing stalls and objections throughout the sales process is a common occurrence for many salespeople. What we find is that, often, it is due to ineffective qualifying and not asking for the prospects commitment to take action prior to presenting a solution.

In this blog, we will cover the 10 common symptoms that suggest you may accept put-offs from prospects and how that is affecting the strength and quality of your sales pipeline.

While we are hoping to hear yes after our presentation, sometimes we hear a no. But how many times are you hearing “think it over”?

Think about the last 10 sales opportunities you had in your pipeline where you didn’t get a yes.  How many of them are still in the pipeline because you are “hoping” for a yes while they “think it over” and get back to you?  Now ask yourself what percentage of the time when you allow “TIO” do you get the business? My guess is that if you are like the rest of us, the number is pretty small. So let’s stop kidding ourselves about the strength of our pipeline and quit accepting “think it over” as an answer.

Since we agree that “TIO” is not the most effective strategy for closing more business, let’s look at some of the symptoms.  You may not identify with all of these but it only takes one to derail your sales effectiveness.

Eliminating “TIO” is easier that you think.  First let’s agree that it’s OUR fault.  If you have a sales process that allows for “think it over” you are going to get “think it over.”  If you don’t have an effective sales process, well then get one and follow it every time!

Stop fooling around with prospects that want to “think it over” and go sell something! 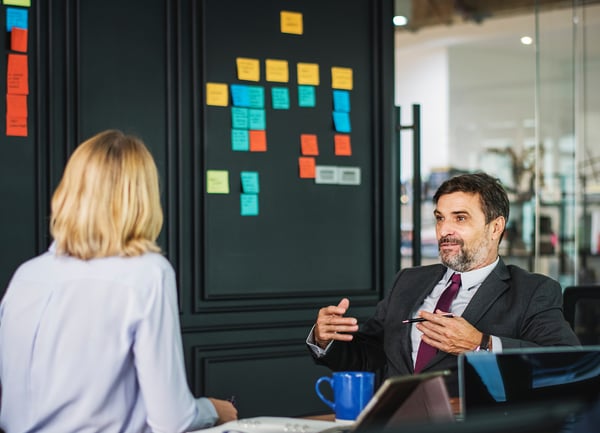 In selling, properly qualifying a prospective buyer is crucial in order to move an opportunity through the pipeline and ultimately close in your favor. Highly effective salespeople do this through the art of asking great sales questions and not fearing the outcome if they challenge a prospect’s statement, or question, in order to gain clarity.

In this blog, we cover the 3 things to remember about all prospects and how to fully understand and qualify their motivation to make a change.

Seek to understand, rather than being understood is a very loose paraphrase of what Steven Covey said in his book “Seven Habits of Highly Effective People”. I think that statement is especially true for sales professionals. When we coach our client’s we try to get them to understand and remember these three tips when in conversation with prospects and client’s:

Your job is to fully understand, is this a symptom or a problem? Problems get solved, symptoms are tolerated. I was working with a prospect and he kept saying he needed to fix his cash flow problem. The more we talked, it became clear that wasn’t the real problem, the real problem was he missed out on an opportunity to purchase one of his competitors. The symptom was cash flow, the problem was missing opportunities to acquire market share. We focused on fixing his true problem. There are many ways a sale can be killed. Too many times sales are killed by Assume-icide. We assume we know what they want.  However, we never truly understand the real problem or challenge.

One of the ways, and really the only way, to bring clarity to the conversation is by asking or saying the following when we hear prospects make statements or ask questions:

We also need to listen to emotionally charged words such as . . .

These are emotionally driven words and emotion drives sales.  Listen for them!  Facts and figures justify sales, but emotion drives it.  If we don’t fully understand the reason for the statement, the purpose of the question, or dig deeper to find the real problem, we will waste time and miss opportunities.

Child: "Can I have ice cream for dinner?"

Parent: "Because ice cream isn’t good for you."

Parent: "Because it has no nutritional value."

Parent: "Umm … I guess because its makers wanted to make sure it was tasty."

Parent: "So, they could sell more of it."

But you also know that asking those questions is a critical part of the child’s developmental process. Children have no built-in knowledge base, so asking questions – and getting answers – is the way in which they begin to make sense of the world around them.

It’s similar to great selling, actually – minus the “annoying” part.

Great salespeople always ask the extra question. They know that the more knowledge they can gather about the customer’s situation, the better they can serve him or her. 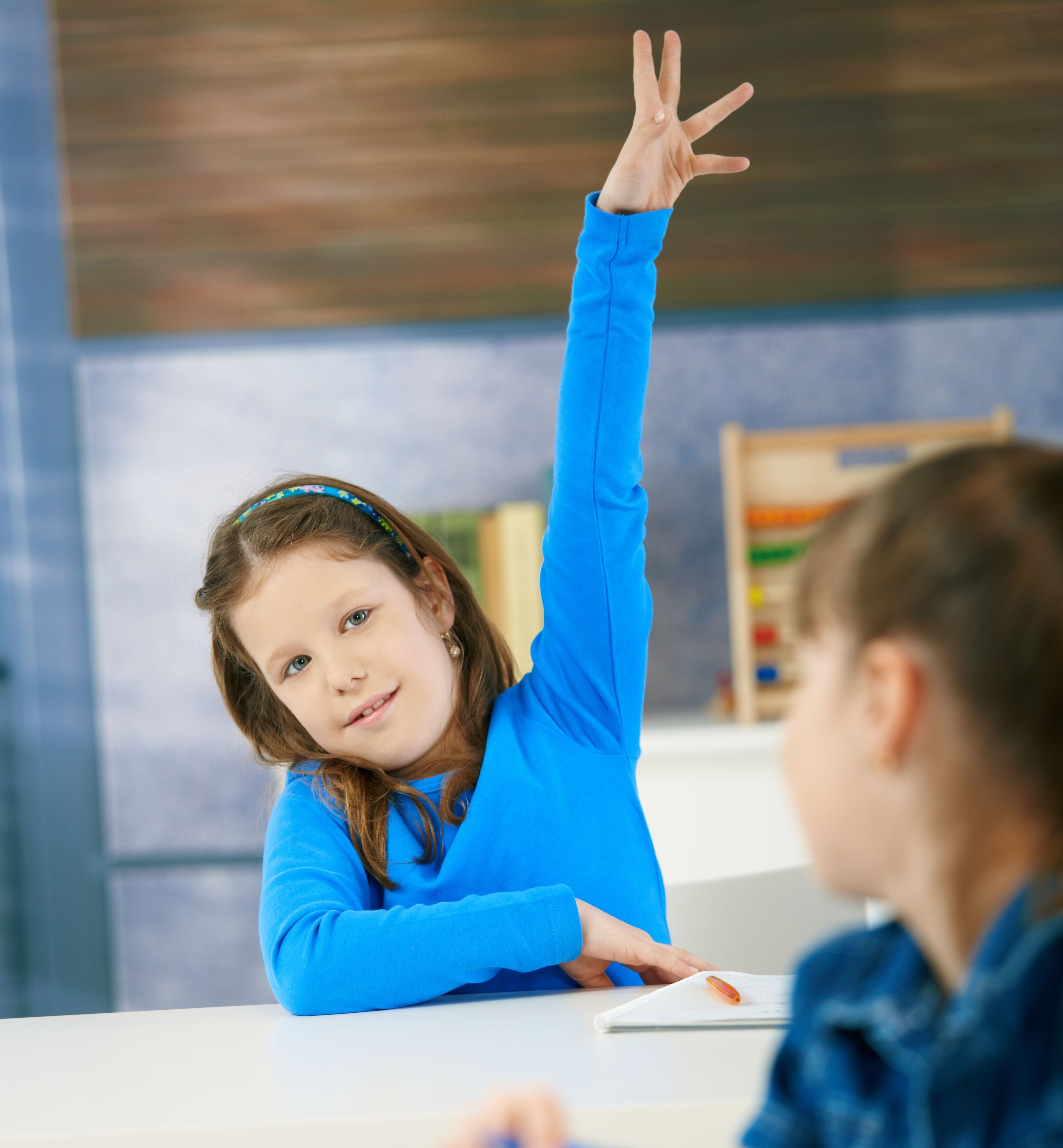 It’s not enough, though, to just fire away with question after question. Great salespeople listen – really listen – to the answers their customers give.

That may sound simple, but if you’ve ever watched a locker room interview after a big game, you’ll see how often people who are paid to ask questions – sportswriters – fail to do this.

Reporter: “Johnny, tell us about your game-winning hit.”

Player: “Well, I was just looking for a pitch to drive. But I really think the key was the week I spent in a sweat lodge before the game. That really cleared my mind.”

Reporter: “Uh huh. So, what are your thoughts about tomorrow’s matchup?”

We exaggerate here to make a point. But often writers are so intent on getting through their list of questions (and getting back to the press box to file a story before deadline) that they fail to listen to answers that, if they followed up on them, would give them a much better story.

At PrecisionLender, our software is designed to help bankers have these better conversations with borrowers by supplying them with insights from our virtual insights coach, Andi®. So, consider this hypothetical situation …

Let’s say you’re trying to win a deal with a borrower for a $3,000,000 commercial real estate loan. But the borrower says he’s planning to go with a competitor bank that’s offering a rate that’s 50 basis points lower.

Some bankers throw up their hands right then. The deal doesn’t meet their target so, then, oh well.

But great bankers start asking questions. “What can you tell me about this deal?”

Perhaps then you find out how, exactly, the competitor bank is offering such a low rate. Maybe it’s because part of the loan is guaranteed. That could be the end of the story. But the great banker channels his inner annoying child and asks about the guarantee: Who’s providing it? What are the details?

In this hypothetical scenario, the guarantor is the borrower’s father-in-law. Again, this could be the end of the line. But the great banker – unlike the mediocre sportswriter – is listening to the answer, and he detects that the borrower is less than thrilled at the prospect of “owing one” to his father-in-law. So, the great banker asks more questions and finds out that the borrower would be more than willing to cut a few months off the length of the loan if it means he can get the same low rate and not have to rely on his father-in-law’s guarantee.

By asking questions and listening to the answers, the great banker has gathered enough information to turn the tables and win another deal for his bank.

With this approach, the only people truly annoyed are the bankers working for the competition.