Social Media & Selling - "Catch Them All" 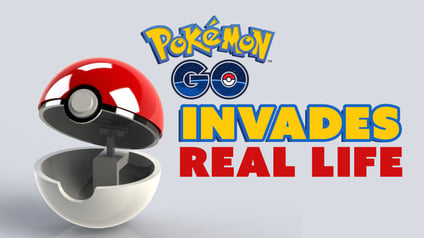 Unless you’ve been living under a rock, I’m sure you have all heard about the newest craze- Pokemon Go. If you haven’t, then I’m sure you’ve seen random herds of people walking around with their noses in their phones. Well, that’s because the newest and “greatest” game has graced 2016 with its presence.

Though I am not personally a proponent of the game, I have to give it credit for the impact it’s had on our community over the last week. People are getting out, getting exercise and socializing with other people, who are doing the same exact thing as them!

There are two categories of people here - those of us who sit back and chuckle at those running around trying to catch an imaginary character or those getting out and actively trying to “hunt” them down.

So, how is this relevant to you and what does it have to do with selling?

Typically, salespeople are good at one of two things- relationship building or social selling. Social selling is utilizing social media outlets to: share posts, give business updates, recruit new hires and prospect for new leads, stay connected and many other things. Those outlets include sites such as LinkedIn, Twitter, Facebook, etc.

Anthony Cole Training Group partners with Objective Management Group primarily for their highly predictive sales assessment. One of the things that their sales assessment tests for is one’s ability to utilize social selling tools. The experiment OMG conducted included the following theory:

“Those that are not good at relationship building will be better at selling socially.”

I would say those are pretty concerning statistics. Do your salespeople stink at building relationships? If they do, are they at least good at selling socially? Per the statistics mentioned, it would not appear that way. So, how do you fix the problem?

Well, here are 3 simple tips to help you with your team’s social selling problems:

So, next time you see a group of twenty-something year olds wandering around the local park or gym, know they are chasing an imaginary character, but you are chasing the real thing.