Sales pipelines are similar to the story of "Goldilocks and the Three Bears. " This one is too fat, this one is too skinny, and the rarest one of all; this one's just right.

Why does this happen with pipelines and what should leaders be doing about it?  In today's blog, we discuss developing better pipelines to improve your coaching skills, increase sales within your organization, and to build better habits in 2020 and beyond. 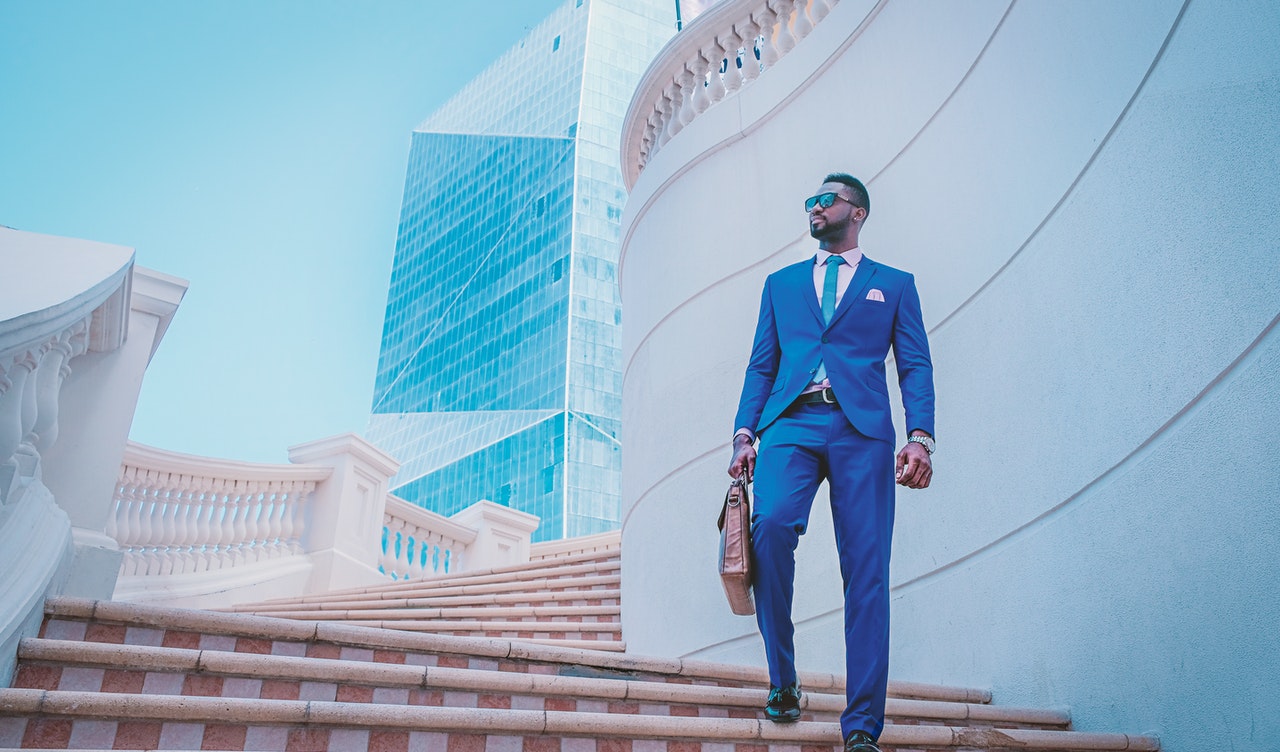 This usually results from the overly optimistic salesperson.  They call on a prospect and come back thinking some iteration of this, “We really hit it off . . . They really liked what we can do . . . We have a LOT in common”.

Another cause for a fat pipeline is that it feels like comfort food.  Their pipeline has $X amount in it and they feel pretty good about it.  I mean, come on, some of it has to close doesn’t it?  This type of thinking gives them great comfort.  Pipelines need two things:

Here is where your leadership plays a critical role.  Your skills at asking great questions are absolutely essential.  Tone and tonality are of paramount importance, AND they must be fierce and helpful.  Questions like:

Never EVER ask, “How’d the call go?” It’s a waste of time.  Be great at asking questions.  By asking great questions, you are coaching your salespeople.  The questions listed above are the type of questions they should be asking the prospect.  Your coaching session is nothing but a sales call.  Be curious and when you coach, simply keep this in mind when meeting with your team, “Am I asking questions or am I making statements?”

There are two main reasons that a salesperson might have a “skinny pipeline”.  They are getting beat up if something doesn’t close, or their activity isn’t where it needs to be.  My question to you as a leader is, “When a piece of business doesn’t close, what does your lost business conversation sound like?”

There is no sin in losing a sale, the only sin that occurs is if nothing is learned from it.  Don’t let one loss beat you twice.  A couple of quick questions “What did you learn?” and “How will you get better because of it?”

The other reason for a skinny pipeline is activity.  What are you measuring, how frequently are you measuring it (you need to measure weekly), and are you allowing excuses for poor effort?  Salespeople fail for two reasons:  Lack of Effort and/or Lack of Execution.  You need to know which it is.

These types of pipelines are the rarest of all because they require the salesperson and manager to have a great and open relationship, while staying committed to their sales process and understanding the metrics needed to win business.  For the salesperson, they need to understand what is their late-stage (close in 30 days) win ratio?  If their late-stage win ratio is 50% and their monthly goal is $100,000, they need to have a minimum of $200,000 in late-stage opportunity each month.

The only reason a “Just Right” pipeline is possible because the salesperson is finding opportunities all-the-time.  They understand prospecting is an all-the-time thing.  They are constantly making calls, asking for introductions, and networking.

Growing a Successful Sales Team – What Are Your Cultural Requirements?

When a new president of a company takes over a company or when a new sales manager takes over a sales team, you can imagine what happens, right? There were already people there as a result of the previous administration(s).  Those people, inherited by the new leader, chose to stay based on the previous leadership and characteristics of that leadership. (HBR book on leadership).

2 QUESTIONS TO ASK WHEN “INHERITING” A SALES TEAM

Now, what happens when new leadership “inherits” and takes over a previously established sales team? Chaos, push back, dissension and political jockeying - sound familiar? I imagine it does, but that isn’t the point I want to make now. The point I wasnt to address here is that, when you find yourself in this situation, there are two questions that need to be immediately asked and answered.

Every POTUS comes into the office hoping to make a significant positive contribution to our country and citizenry.  No one takes the oath of office with the intent of doing harm or “screwing it up”.  Unfortunately, that doesn’t mean it doesn't happen and no President evert goes unscathed or un-criticized by those who didn’t vote for him/her (Hillary would have made that statement end with her!).

Presidents and number of executive orders in my lifetime: 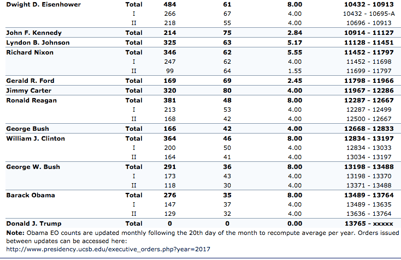 Since I became an eligible voter, I had not previously heard of any judge at any time weighing in on executive orders.  I admit that I may have missed them. And so, what I’m really admitting to is that I don’t know how the whole thing works.  What I do know is that, for any organization to win more than it loses, it needs people that have a strong sense of teamwork who are willing to sacrifice their own personal agendas for the good of the team.

Teams work or don’t work, win or don't win based on the following:

In order for a team to succeed, the strategy for the company has to be supported by the entire company.  There has to be alignment and support!  The middle manager in Washington cannot decide to not put forth the effort or choose to not execute the strategy simply because they disagree with the strategy.  If that’s the case, then that middle manager can no longer be part of the team.

To avoid this type of problem, the company's hiring strategy has to consider cultural fit.  In the case of government, teams and companies, one of the components of cultural fit to be considered is the Team Player.

THE MOST IMPORTANT QUALITY OF A TEAM PLAYER

A team player is one that sacrifices their personal agenda for the betterment of the team.  They are willing to do everything possible (assuming legal, ethical and moral standards) to assist the team in winning.

Linda and I recently attended the Sycamore Athletic Boosters Hall of Fame Induction dinner.  Our friend, John Traub, was one of the inductees.  John Traub, a former wrestler and current teacher’s aide at Sycamore High School, holds several school records in wrestling, has coached state champions there and was instrumental in establishing the youth wrestling program in our community.

Also, on the list of inductees, was Bailey Su.

While at Sycamore, Bailey Su played tennis and lacrosse. She went on to college at Northwestern where she played on the 3 time NCAA National Championship team.  She recalled that her coach taught her about teamwork, the value of the team and how you have to sacrifice your own interests for the benefit of the team. She shared a story about a time when she and a team mate decided to donate blood. This left them tired and lethargic for practice. When their coach questioned them about this, he became enraged at their selfishness.

I know this sounds strange and I assure you that everyone in the audience was uncomfortable with the story about the coach, but Bailey insisted that it was a very strong lesson for her. She indicated that she could have accomplished the same thing another way without doing harm to the performance and goals of the team.

SCREEN FOR SKILL AND WILL

Do you have players who think that way… or do you have people on your team who are all about themselves and only think about their own needs?  Do you look for the team mentality when you are interviewing candidates? What else are you looking for to make sure there is a fit?  How well do you screen for those soft, emotional intelligence, cultural characteristics and behaviors that may cause you to think 6 months down the road that this wasn’t a great hire because of fit?

I recently wrote an article about making sure you always assess candidates for “skill and will” before you start the interview process.  That step is just that – a step.  And even that step must be put into perspective.  You need to make sure you have a scorecard that clearly spells out what it takes to be a successful team player IN YOUR ORGANIZATON, not just on how to be a successful sales person.  That scorecard must include “team player”.